It’s a new year, and everybody is looking to make changes. Around this time of year, many men change up their facial hair to reflect a fresh start. There are many options out there, but only a few have stood the test of time. If you are looking for a style of beard that is both classic and modern, let us suggest one of our all-time favorites: the Van Dyke Beard.

What is a Van Dyke Beard?

The Van Dyke beard, aka the Vandyke, or the Van Dyke Goatee, is named after the 1600s Flemish painter Anthony van Dyke, the first and perhaps most famous wearer. Although popular in his time and worn by even the highest of nobility, such as King Charles I of England, the Van Dyke died out for two centuries before making a comeback in the American wild west.

In modern times, the style has been sported by many of the most dashing Hollywood stars, including Christian Bale and Johnny Depp.

What is the difference between a Van Dyke and a goatee? The main difference is that a goatee only covers the chin, whereas a Van Dyke includes a mustache.

Why Should I Grow a Van Dyke Style Goatee Beard?

The Van Dyke is a great style of beard for many reasons. First of all, the Van Dyke is a highly versatile style. As we already mentioned, it can be shaped and styled in several ways while still retaining its classic Van Dyke essence. This means that Van Dyke works for just about every face shape, from round to square and thin to wide. More on these different approaches later.

Another benefit of the Van Dyke beard is its simplicity. Unlike a full beard, which can take a lot of time and energy to maintain, the Van Dyke is small and easy to care for. Since your cheeks and neck will be clean-shaven, you won’t have to deal with beard itch or beard dandruff that sometimes results from a lack of maintenance or unhealthy habits. 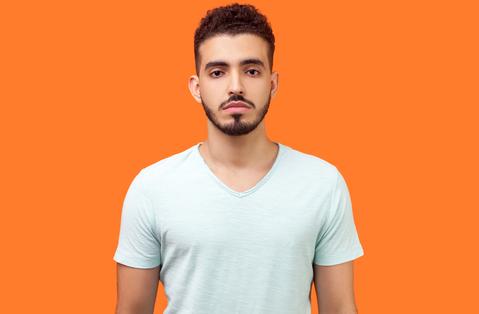 How to Groom Your Beard into a Van Dyke Beard?

Steps to a Perfect Van Dyke

Because Van Dyke beards are not simple and closely resemble a regular goatee, the best place to start is to use an electric trimmer to outline a goatee and trim your Van Dyke mustache if needed. This gives you a basic idea of the shape and size of the beard you are going for.

Unlike some styles of the goatee, the Van Dyke typically stays rather high on the chin. Carefully trim your way up from underneath until the bottom line of your goatee reaches the base of your chin bone. Where exactly this line looks best will depend on the natural shape of your face. The next step is to remove all of the remaining cheek hair that won’t be a part of your beard. Use a razor and a bit of shaving cream to cleanly shave your cheeks, sideburns, and neck. For a more rugged look, consider using an electric trimmer with a short guard and leaving a five o’clock shadow.

Now it is time to really flesh out your Van Dyke and prepare a neatly trimmed mustache. Take your trimmer and remove about a half-inch of hair on each side of your mouth where the mustache connects to the rest of your classic Van Dyke goatee. Then take a razor and clean up so that there is a distinct line between the upper and lower segments.

The final step you can take is to narrow the patch on your chin by shaving a bit off of each side. This is a perfect look for men with slightly wider faces who want a narrower, sharper look.

The Van Dyke has been a favorite classic look for many celebrities over the years. Some were grown for roles, and others were showing some of their personality through facial hair expression. Whatever the reason for them to sport a Van Dyke beard, many of them look more attractive with one and have kept the trend going.

Here are some of the best celebrity Van Dyke beard styles

This style owes it all to the originator; the man given all the credit for this beard style shows off his beard with some funky whiskers and an almost pointed mustache. He made the Van Dyke popular by painting it on most of his portraits of others throughout that time. He styled his with a curled mustache, which has become less popular over time. 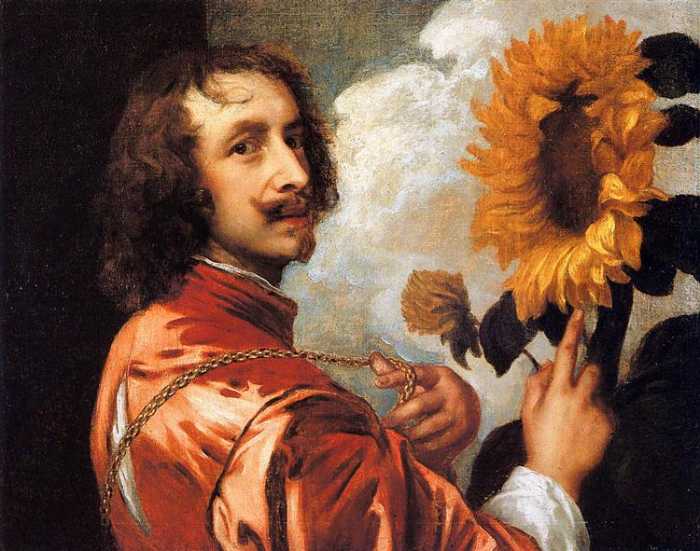 Brad Pitt pulls off this chin beard with more of a pointed Van Dyke style, which can help to elongate your face. He pairs his look with more of a laid-back and scruffy vibe. To achieve this beard, you will want to taper it at the end to make it look pointed. 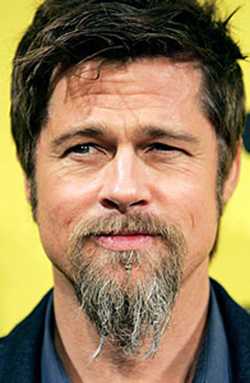 Usually, a Van Dyke beard requires a clean-shaven face, but David Beckham pulls off this more rough-looking style. He has created an anchor with his goatee and mustache but kept it as a short stubble so that he still looks professional and handsome. 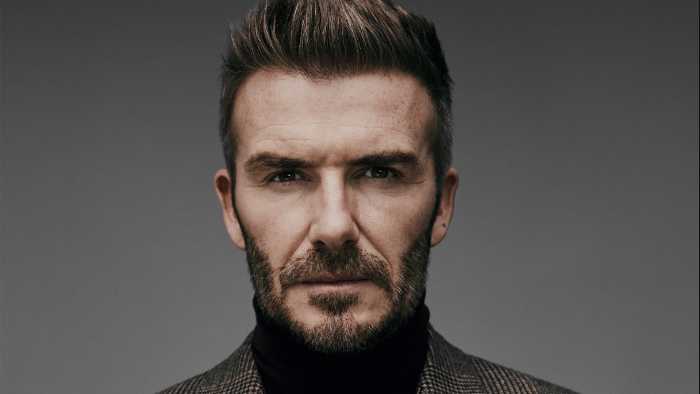 As you can tell, his cheeks have a nice clean shave, but his soul patch blends nicely into a fixed point to have a more mature look. Even though his hair and beard are somewhat unkempt, he still maintains a professional appearance. 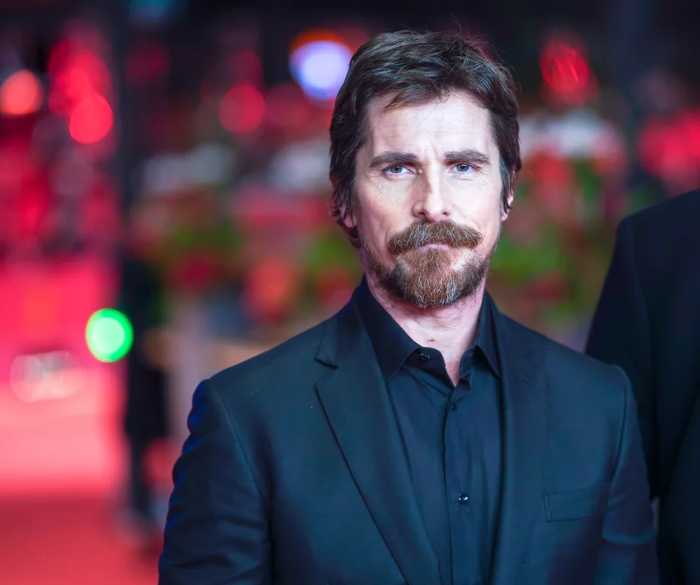 This beard shows just how versatile the Van Dyke beard is and how many variations there can be. If your facial hair grows fast and you don’t have time to maintain it every day, then you can grow it out into more of a full beard like this. The mustache, goatee, and beard are joined together with the sideburns into a ‘Y’ shape. 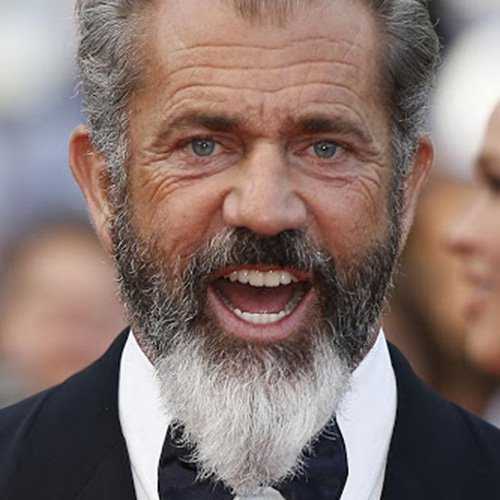 What man hasn’t wanted to have the look of Tony Stark at some point in their life? To achieve this look, you will want to create an anchor beard along with a thin mustache. You will also want to keep your cheeks completely clean-shaven and your beard short. 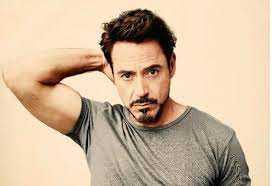 Hugh Jackman created this look when he starred in the movie ‘Pan’ for the role of Blackbeard. This is a very distinct style with his shaved head, disconnected goatee, and twirled mustache. After the film, he let it grow out into a more natural look. 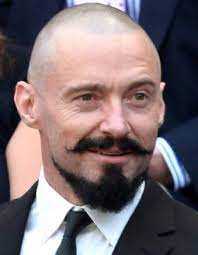 We all know by now that Leonardo DiCaprio can pull off any look, but this style of the Van Dyke beard makes him look more distinguished. He has kept the beard well-groomed and styled with the cheeks clean-shaven. If you want a more elegant beard, then this is the one for you. 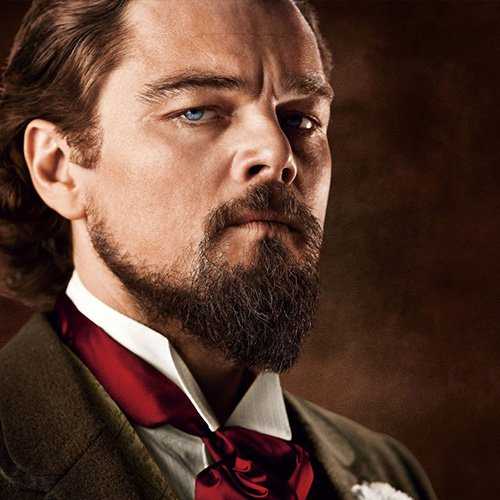 Richard Rawlings is best known for his show ‘Fast N Loud,’ where he sported his well-known V-shaped goatee. He is one of few men who would actually look weird without his goatee. You can keep your V-shaped goatee in all different lengths, but he chose to keep his nice and trimmed short. This style is a great way to contour the jawline. 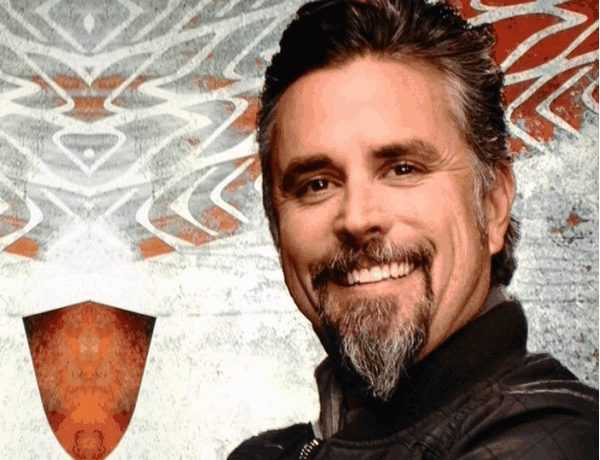 If your hair is thick and lush, then this Van Dyke beard is for you. It will give you a very masculine and distinct look while also having a full beard and hairstyle. You will want to leave the sideburns and mustache long, but don’t allow your hair to be too long or short. 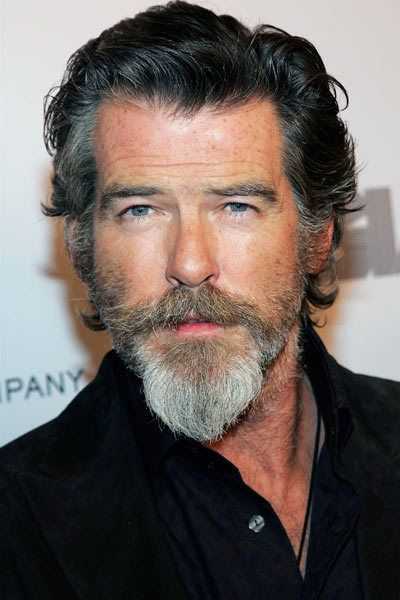 Ryan Gosling has definitely helped keep this Van Dyke beard trend going, and he makes it look easy to pull off this sleek and sexy style. This beard works best if you have an oblong or triangular face, and you can choose to curl up your mustache or keep it down like Ryan. 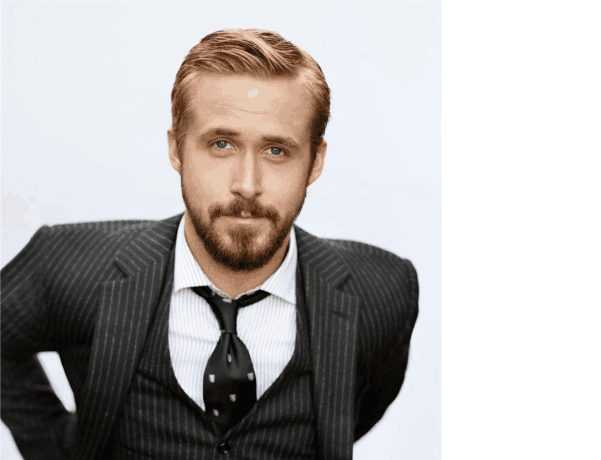 As we already mentioned, the Van Dyke is an awesome style because it is easy to manage. However, no beard can reach its full potential without the right products to nourish, clean, and groom it. For high-quality, all-natural beard products at unbeatable prices, look no further than Wild Willies. Our online shop has everything you need for a beard that feels great and looks even better! Our Ultimate Beard Care Collection Is More Than A Beard Growth Kit. It’s A Whole Damn Arsenal. In order to have the best and fullest beard, it is important to have the best beard care collection. This is precisely why… Read More It's well-known that many women like a man with some type of facial hair. But what style should you grow... more » The Best Medium Beard Styles That Men Can Embrace

Medium beard styles are a great way to show off your masculinity while still being able to maintain a more... more » How to Grow & Groom Goatees - The Ultimate Guide

"I goatee, therefore I am." That's how goatees are. They're a part of who you are. They are your chin... more »